Unlike his slightly earlier recordings for Moodsville (which feature Red Garland on unaccompanied piano solos), this strictly ballad date has Garland joined (on all but the solo “Lush Life”) by bassist Larry Ridley and drummer Frank Gant. Since all eight of the standards are taken at the same medium/slow tempo, there is not much variety here, keeping the CD from being essential. But Garland’s attractive and distinctive chord voicings, plus his ability to uplift melodies while swinging at a slow speed, make this project a success. Highlights include “The Nearness of You,” “Where or When,” and Irving Berlin’s “All Alone.” Particularly effective when used as background music. 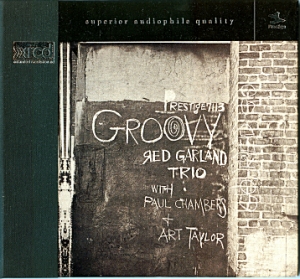 Red Garland’s third recording as a leader has him playing very well, somewhat energetic and more inclusive in his direction to span the mainstream jazz palate beyond the cool exterior he emanates. The title might be a bit deceptive, for this is not a project where soul-jazz or early boogaloo influences turned jazzmen into groovemeisters — it’s a swinging groove. With bassist Paul Chambers and drummer Art Taylor, Garland has all the support he needs to wing it in a variety of directions. Recorded in that most legendary year of jazz, 1957, Garland is coming into his own in a more confident way, buoyed by his association at the time with Miles Davis. Chambers is flawless in his support role, and on this recording deserves a close listen, especially for students of the acoustic upright. They immediately dig in on the opener “C Jam Blues,” with Garland at his heartiest during his bridge solo, they agree in the affirmative during the entirety of the hard bop take of “Will You Still Be Mine?,” and repeat but modify the melody à la “Cool Blues” in an adept display of artistry for “Hey Now.” Of course Garland has to play a ballad or two, as on “Willow Weep for Me,” luscious with chord sequences, and really reflects the influence of Erroll Garner in that chiming, two-handed sustenato style for Garner’s “Gone Again.” It is said that by the third recording, most musicians should have their style down pat and begin attempting to take the music to a higher level. You really hear that in this recording, which was a springboard to making Red Garland one of the most revered and respected jazz pianists of the modern era. 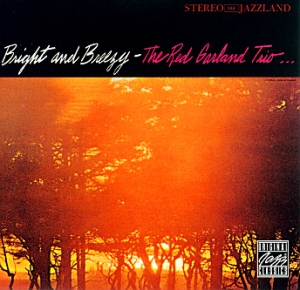 During 1961-1962, following a long series of recordings for Prestige, pianist Red Garland recorded four LPs for the Jazzland label. His style was unchanged from a few years earlier, and this trio set with bassist Sam Jones and drummer Charlie Persip (reissued on CD on the Original Jazz Classics label) is very much up to par. Highlights include Garland’s interpretations of “I Ain’t Got Nobody,” “Blues in the Closet,” and “Lil’ Darlin’.” An enjoyable straight-ahead session.